MS Dhoni has got all the experience under his belt.

Sunrisers Hyderabad’s talisman spinner Rashid Khan has revealed the advice which he received from Chennai Super Kings captain MS Dhoni during the IPL. Khan stated that Dhoni told him not to throw the ball off-balance when it is not necessary as he can injure himself while doing so.

Dhoni has all the experience under his belt and he knows how to get the best out of the players. The CSK skipper stated that there is only one Rashid Khan and the fans will be disappointed if the Afghan spinner gets injured.

Rashid Khan said while talking to Cricast, “After our matches, the discussions that I have with him has helped me. Last time he told me, ‘You have to be careful while fielding, you slide, throw the ball when it is not necessary, you get aggressive. Because there is only one Rashid Khan and people want to see you more, what will happen if you get injured? Keep this in mind, I tell (Ravindra) Jadeja the same thing’.”

The leg-spinner added that it is his dream to play under the leadership of MS Dhoni. Dhoni is brilliant as a wicket-keeper while giving his inputs to his spinners and Rashid added the gloveman always plays a crucial role for the spinners.

“I have a dream that I play under MS Dhoni because the experience playing with him, under him is very important. For a bowler, the role of wicketkeeper is very important and I don’t think there is anyone better than him to explain you things.”

On the other hand, Rashid Khan added that Mumbai Indians captain Rohit Sharma has got a lot of time to play and it is not easy to bowl against him.

“He has got a lot of time. I have seen very few players who have a lot of time. It is natural for some players to have more time. The way he pulls even if it is 145 plus or 150 kmph, the way he hits, it seems the ball is 125 or 130 kmph. He doesn’t hit too many powerful shots. He believes in his timing,” said Rashid Khan.

Rashid will be seen playing in the PSL 2021 for Lahore Qalandars. 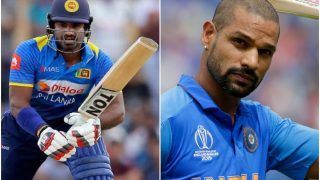 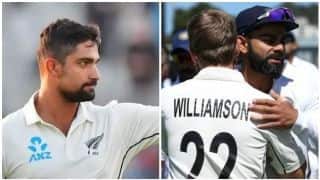