I doubt this unique move will help Australia much but neither will it hinder, Chappell wrote in this column for ESPNCricinfo.

The novel move arose from Langer s experience in the Australian Football League, but Chappell saw no relevance on how could the rule be applied to cricket. Leadership of a football team bears little relationship to that of a cricket team. The former involves minimal on-field decision-making, while the latter requires the captain to oversee all the moves during a match, he added further.

According to Chappell, the vice-captain s role is to offer his/her advice to the captain, but sometimes, the advice you offer need not be necessarily acted upon. Chappell cited an example from his own experience.

In my debut as vice-captain, at the SCG in 1968-69, Australia had West Indies eight wickets down in the first innings and they were still more than 350 in arrears. Bill Lawry, the captain, approached me at drinks and asked: What do you think? Immediately I replied: Get two wickets quickly and send them in again.” Lawry didn’t hesitate. “No, they got 600 in their second innings in Adelaide, so I’m going to bat again and give them 900 to get in a day and half.”

Slightly taken aback I responded: “Well, Bill, it sounds like our thinking is poles apart, so there doesn’t seem much point in asking for my advice in future.” He never did in the remaining 15 Tests I was vice-captain. 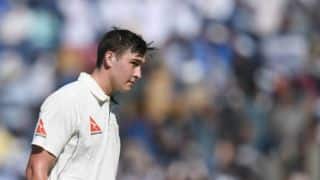 Pakistan vs Australia: Matthew Renshaw suffers knock on his head during warm-up match