Doug Bollinger has not played Test cricket for almost four years and ODIs for three.

Forgotten First-Class side New South Wales’ (NSW) fast bowler Doug Bollinger is reportedly in line for a shock recall to the Australian side, following waves of injuries that are diminishing the side’s fast bowling stocks.

Bollinger is currently front of mind with the selectors if they decide to take four fast bowlers to the United Arab Emirates (UAE) for a two-Test series against Pakistan in October.

The first three obvious choices are Mitchell Johnson, Peter Siddle and Mitchell Starc, with the battle for a fourth spot looming between Bollinger and another forgotten Test paceman, Tasmania’s Ben Hilfenhaus, the Daily Telegraph reported.

But Bollinger’s experience and variation bowling on a flat Sydney Cricket Ground (SCG) wicket gives him a significant advantage, with similar slow, low, spinning conditions expected in the UAE.

At 33, he appears in the twilight zone for a fast bowler, having not played Test cricket for almost four years and ODIs for three. But he was the most impressive paceman for NSW last season, claiming 31 Sheffield Shield wickets at 24 in eight games, impressing NSW coach Trevor Bayliss.

Bayliss said that last season Bollinger was the leader of the attack, playing the aggressive role, taking plenty of wickets at a good strike rate and a good economy rate.

Bollinger has also just come off a successful stint at Kent, claiming 27 wickets at 26 in eight games while Hilfenhaus claimed 21 Shield wickets at 34 last season, the report added. 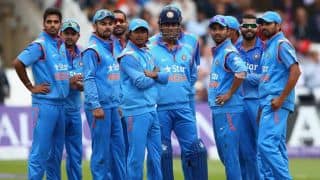 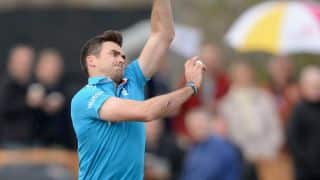