Doug Bracewell returned from a 15-month cricket exile with a four-for as New Zealand defeated West Indies by 5 wickets in the first ODI at Whangarei.

Doug Bracewell returned from a 15-month cricket exile with a four-for as New Zealand defeated West Indies by 5 wickets in the first ODI at Whangarei. New Zealand finished the 249-run chase in 46 overs. The foundation for the chase was set up by Kiwi openers George Worker and Colin Munro, who shared a 108-run stand off 100 balls. Munro blazed to a 36-ball 49 while Worker got 57, his highest ODI score.

New Zealand elected to field. Trent Boult and Tim Southee kept West Indian openers Chris Gayle and Evin Lewis quiet. Only 40 came from the first 10 overs. Gayle, fresh from his 18 sixes and a record hundred in the BPL final, poked at Bracewell’s first delivery that was angled across. Tom Latham completed the catch, thus marking a dream comeback for the youngster. A ball later Shai Hope suffered the same fate and the West Indian review was turned down.

If Bracewell dug the early inroads, debutant Todd Astle dried up the runs and picked crucial wickets. His googly ended Lewis’ resistance as the southpaw fell for 71. He was unlucky, a review could have saved him but Hope had used up that hope.

Rovman Powell’s brisk 59 off 50 balls ensured West Indies to a respectable total of 248 for 9, but it was far from enough.

Munro and Worker provided the platform. Skipper Kane Williamson was cleaned up by his opposite number Jason Holder for 38. Any hopes for a slide was negated by the experience of Ross Taylor. The veteran played a patient hand of 49 not out from 76 balls to see the team through.

Tom Latham and Henry Nicholls were out for 17 apiece. Astle backed up his brilliant performance with the ball with a 13-ball 15 not out.

Man of the Match: Doug Bracewell. 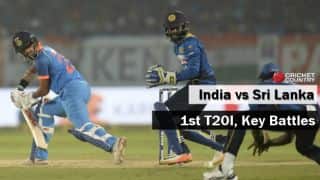 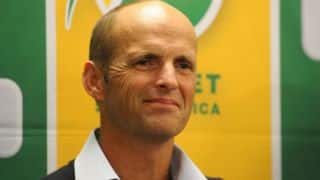