Two out of the three games in the ODI series between West Indies and Ireland were all one-way traffic. The visitors got close in the second ODI but couldn’t hold onto their nerve under pressure. Thus, it resulted in a whitewash for them. However, they’d hope that things would get different with a change in the format. T20s can be quite unpredictable at times and it is much easier to pull off upsets in this format of the game.

TOSS The toss between West Indies vs Ireland will take place at 10:00 PM (IST). 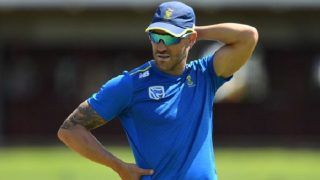