Pakistan won the toss and opted to field against England in Southampton.

Only 19 overs of play was possible but of those, and even though Pakistan had scored 80 for 2 on a rain-truncated afternoon at the Oval, four of those overs proved were the most beneficial for England as everyone saw first hand just what Jofra Archer is capable of. After the game was reduced to a 41-overs-a-side contest, Archer, 23, sent down 24 fiery deliveries and finished with 1 for 6, including two maidens, taking a step closer to what could be a dream World Cup berth.

On a damp day, England and Pakistan were robbed of the possibility of what could have proved to be a belter of a contest. But the good news heading into the second game is that although the conditions are overcast, the chances of rain are bare minimum or next to none. Hence, expect a full game with some riveting contest from both teams.

England vs Pakistan Head to Head in ODIs 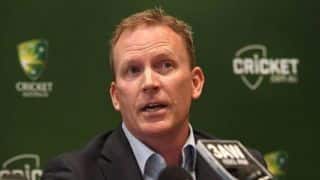