Dream11 Team Boost Defenders vs Band-e-Amir Dragons Match 15 Shpageeza Cricket League 2019 Cricket Prediction Tips For Today’s T20 Match BOD vs BD at Alokozay Kabul International Cricket Ground: The match no. 15 of Shpageeza Cricket League (SCL) 2019 will be the final league game of the tournament. It will be played between Boost Defenders and Band-e-Amir Dragons at the Alokozay Kabul International Cricket Ground. Both teams are firmly in the run for a playoff place. With this being the final league encounter, Defenders and Dragons will look to produce their best performance of the tournament so far to make it to the knockouts.

Defenders have won only one game from three with Gulbadin Naib and Hashmatullah Shahidi starring for them in the batting department. Meanwhile, Rashid Khan’s, Band-e-Amir Dragons have two wins under their belt. Mujeeb Ur Rahman leads the wicket-takers charts for Dragons with six wickets at the average of 16.22. With the likes of Rashid and Mujeeb in their ranks, Dragons will be the favourites for this game versus Defenders.

Time: The match between Boost Defenders vs Band-e-Amir Dragons starts at 2 PM (IST). 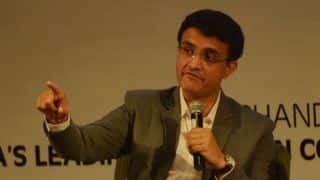 Will be challenge to serve as BCCI chief, admits Ganguly 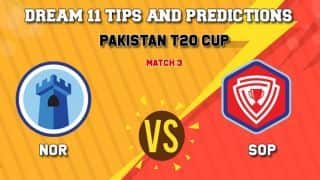