Dream11 Team Prediction Northern Knights vs Wellington Super Smash 2019-20 – Cricket Tips For Today’s Match NK vs WEL of Men’s Super Smash 2019-20 in Mount Maunganui: In the match no. 18 of Super Smash 2019-20, Northern Knights will take on Wellington at the Bay Oval, Mount Maunganui on Wednesday. Standing on the brink of getting eliminated from the competition, Northern Knights need to produce a commanding performance in the game against in-form Wellington if they want to keep their semifinal hopes alive. With the likes of Anton Devcich, Tim Seifert and Dean Brownlie in the ranks – their batting looks strong on paper. But, they have to fill the voids in their bowling line up that has been exposed in front of the opponents. None of their bowlers has been up to the mark as they have failed to take wickets and restrict batsmen from scoring pile big runs.

Meanwhile, Wellington are in a top-notch form and are currently at the second position in the Super Smash points table. If they managed to beat Knights, they will reduce the gap with the table leaders Otago. Their players are giving impressive performances in every department and the same would be expected from them in the upcoming game.

TOSS – The toss between Northern Knights and Wellington at 11.30 AM (IST). 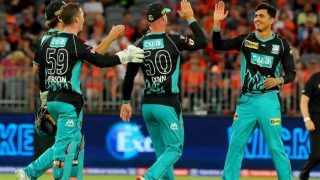