Dream11 Team Prediction Wellington vs Canterbury Super Smash 2019-20 – Cricket Tips For Today’s Match 25 WEL vs CTB of Men’s Super Smash 2019-20 at Basin Reserve: In the match 25 of Men’s Super Smash 2019-20, Canterbury will travel to Wellington to play another exciting T20 match at the Basin Reserve in Wellington. On the verge of getting knocked out from the tournament, Canterbury are currently ranked fifth in the points table with 10 points. They have to win all the games left in order to stay in the race for the semifinals. At the moment, Canterbury is struggling with the inconsistency of their players in bowling and batting. The likes of Chad Bowes, Jack Boyle and Stephen Murdoch will have to step up and shoulder the responsibility to put up some big scores in the remaining games.

Meanwhile, Wellington have all their spaces covered as their players are in prime form in the Super Smash tournament. After winning their last two matches, the hosts would keen to carry on the winning momentum against out of form Canterbury. Also, they have a big chance to consolidate their position in the league table on the back of their players’ impressive performance.

TOSS – The toss between Wellington and Canterbury will take place at 8.10 AM (IST). 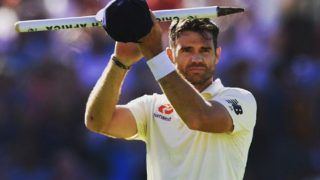