Olivier has played in five Test matches with moderate success, while Ngidi is regarded as one of South Africa's most promising young bowlers.

Duanne Olivier and Lungi Ngidi have been added to the South African squad for the second Test against India, starting in Centurion on Saturday, following the injury which has ruled Dale Steyn out of the rest of the series. Olivier, 25, has played in five Test matches with moderate success, while Ngidi, 21, is regarded as one of South Africa’s most promising young bowlers. The two players will vie with several other members of the squad for a place in the starting line-up as South Africa seek to build on their 72-run win in the first Test at Newlands on Monday.

Coach Ottis Gibson admitted he had only seen Ngidi on television and was keen to take a closer look at a bowler who made a good impression in three T20I against Sri Lanka before being injured.”I’ve heard a lot of good things about him,” said Gibson. Ngidi has shown good form for the Titans franchise in all forms of the game this season. Earlier, Faf du Plessis said there were several options, including picking an extra batsman, an all-rounder or another specialist fast bowler. 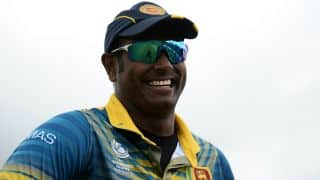