East Zone are in dire straits in their Duleep Trophy match against South Zone at Lahli, Rohtak. In reply to South Zone’s 264, East Zone were bundled out for 84 in the first innings. Using the green surface to good effect, Stuart Binny produced a great spell that kept East Zone on the backfoot. Their highest scorer in the first innings was only 17, which shows what the track had for the bowlers.

South Zone imposed the follow on and brought in Binny early in the attack. With his kind of bowling, he could get a lot of help from the surface and he shocked the East Zone team further by snaring the three wickets upfront. At one stage, he was on a hat-trick, but missed it. Manoj Tiwary also lost his wicket later to HS Sharath. East Zone now face the uphill task ahead of Day Three. 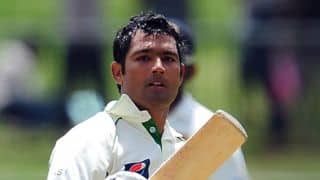 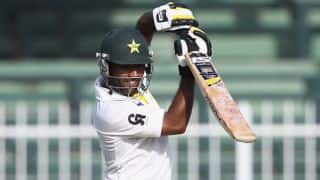 Asad Shafiq emerges as dependable No 6 for Pakistan