There is no official announcement on the replacements for India Blue team.

BCCI had included the Duleep Trophy back in the domestic 2017-18 schedule. However, new issues have left BCCI under a spot of bother. Several players backed out from the tournament minutes ahead of the opening encounter between India Red and India Green. While some were eyeing county stints, others were not fit for the match. With around 10 cricketers unavailable for the tournament, Prithvi Shaw and Varun Aaron have been drafted in as last-minute replacements in India Green and India Red respectively. This happened after Shreyas Iyer and Parvez Rasool opted out of the India Green squad: Iyer is nursing an injured knee while Rasool is likely to leave for Hajj, as reported by Cricbuzz.

On the other hand, India Red skipper Abhinav Mukund is down with dengue while Dhawal Kulkarni and Ambati Rayudu will not be available for the tournament. Siddarth Kaul, earlier a part of India Green, was picked for India Red ahead of the tournament opener at Lucknow s Ekana International Stadium. As things stand now, India Red have a 14-member squad while India Green are playing with a 13-member squad.

However, there is no official announcement on the replacements for India Blue team at least as of now. 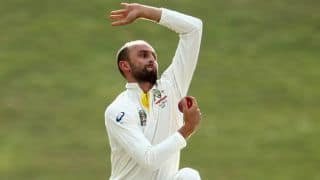