Raina, who has been named the captain of India Blue for the upcoming Duleep Trophy season, is hopeful of putting up impressive performances.

Once a certainty in the Indian side, Suresh Raina is now among the options that surface during India s limited-overs team selection. Followed by a string of failures at international level, Raina was benched and is yet to make a comeback to the XI since February this year. However, Raina is not disappointed but content with the changes he has brought in his style of batting. Spending time in the nets and fighting for his place in the India XI, upcoming season of Duleep Trophy will be Raina s chance to prove himself as a vital element of the team. READ: Suresh Raina becomes star attraction at Buchi Babu cricket tournament

“I’m not disappointed at all, Raina told Cricbuzz in a recent interview. I’m just looking to enjoy the process. When you achieve success, there is no shortcut you can take. My time will come. I have been working really hard. I’m enjoying my game. That’s what is in my control. I’m not thinking about what others are doing. My job is to practice and work hard. Whenever I get an opportunity, I will be looking to grab it with both hands.

I don’t want to sit back and rest on what I have done in the past. It’s important to live in the present and look forward. I have corrected the mistakes which I was committing. It’s time now to execute them on the field.

Raina, who has been named the captain of India Blue for the upcoming Duleep Trophy season, is hopeful of putting up impressive performances.

“Every game, every session from now on is important. Everything I am doing is with full enjoyment. I will be playing the games here on 2nd & 3rd and 5th & 6th. After that, I will go for the Duleep trophy.”

Indian selectors have been experimental with the middle-order, as there are many potential players available. Talking about that, Raina revealed, “In the middle order, you need more games and more time to settle down. Most of the time, you just have 15-odd overs to bat. You need to be given a few series and then see what you can do. Middle order is one place where you can’t experiment too much. You need to able to assess the situation and finish games. It is very important to know your strengths and know your game for success.

He also praised MS Dhoni for his latest performances. “Dhoni has been batting really well. He is looking very calm and working really hard. Around Virat Kohli, he can definitely share his experience. He has made a seamless transition.” 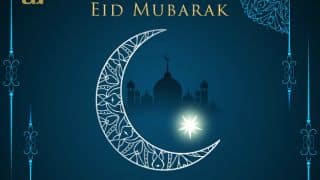