The trend of foreign coaches ignoring the domestic circuit continues with Fletcher.

With miserable outings in South Africa and New Zealand, Team India’s stock has plummeted to an all-time low and calls for Duncan Fletcher’s head is gaining momentum gaining with every passing series.

In a Mumbai Mirror report, there has been no road map to overturn the repeated failures away from home and that Fletcher disappears immediately after the completion of a tour, the report said “ Duncan Fletcher’s must be the coolest job in the world. Travel, travel and travel more and get paid about $ 40,000 (close to Rs 25 lakh) a month. When there is no tour, go home and rest. There is no need for any ‘domestic’ grind.”

To add to the ire of Indian fans and ex-players, who have been skeptics of the man who filled in for the much loved and ICC World Cup 2011 winning coach Gary Kirsten, Fletcher left for South Africa just after India were knocked out of Asia Cup 2014 in Bangladesh with total disregard for India’s tame show in the series.

Fletcher’s disappearing act was followed right after India’s tour of New Zealand and had joined the team, directly in Bangladesh. “Like a visiting professor, he is conducting himself like a visiting coach. Isn’t he?” said the report.

The prestigious Vijay Hazare Trophy is a tournament which brings the best talents of the country in a common platform and Fletcher could have better utilized his time by keeping a keen eye on the next generation talent pool in the country and interacted with them but the 66-year old had nothing to do with it.

Board of Cricket for Cricket in India (BCCI) officials admitted to the fact that the Zimbabwean barely steps into the domestic circuit and only sticks with his national duties, wherein he has one more year on his contract.

The former players’ ire against foreign coaches has fallen into deaf man’s ears. With the Indian bowlers’ woes continuing, Indian batting legend Sunil Gavaskar’s calls for the inclusion of rookie pacer Ishwar Pandey were ignored, which brings back memories of the much vaunted Greg Chappell and assistant Ian Frazer oblivious to the proceedings in the Ranji Trophy final when the Australian were in charge.

“Fletcher only cannot be found fault for that. It has been the trend with all foreign coaches. I’m not sure what is in their contract. In an ideal situation the coach would spend time with the domestic players. How will he know who is good and how good,” says Dilip Vengsarkar, the former India captain and chief selector.

“Chappell and Frazer came to the BCCI office but did not visit the Wankhede when the Ranji final was going on. Even Gary Kirsten was indifferent to domestic cricket”, Vengsarkar concluded. 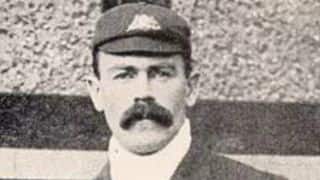