West Indies captain Dwayne Bravo admitted that they made a heavy weather of the paltry run chase, but he credited his bowlers for restricting Pakistan to 170 which eventually set up the platform for the win. 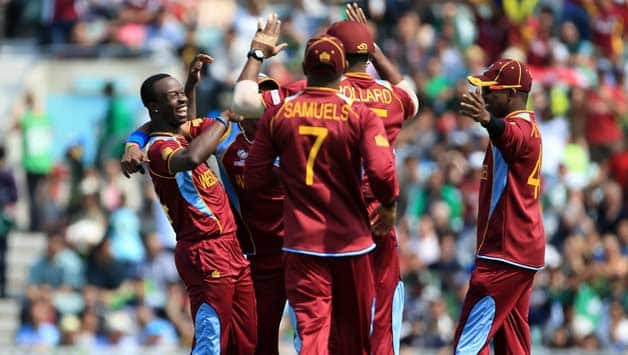 West Indies captain Dwayne Bravo admitted that they made a heavy weather of the paltry run chase, but he credited his bowlers for restricting Pakistan to 170 which eventually set up the platform for the win.

Opting to ball, paceman Kemar Roach and spinner Sunil Narine shared six wickets between them to help West Indies bowl out Pakistan for a paltry 170 in 48 overs.

While chasing, West Indies were in a spot of bother before scampering home with two wickets in hand in 40.4 overs.

“[It was a] tough situation. But lot of credit goes to the boys. Kemar [Roach] set the stone, backed up by [Ravi] Rampaul and [Sunil] Narine,” Bravo said after West Indies defeated Pakistan by two wickets in a low-scoring Group B encounter of the Champions Trophy at the Kennington Oval.

“Yes it was a close match but it is important to get the nerves out of the way.”

Asked the reason behind his decision to bowl first after winning the toss, the West Indies skipper said, “We didn’t want Pakistan to bowl first, because there would be moisture and movement. They bowled really well in the chase too, but credit to the boys.

“Words can’t explain how it felt. Last time Chris Gayle mentioned in the meeting that The Oval is like a home game. We were outnumbered by the Pakistan fans, but we enjoyed it.”

“The plan was to see off the new ball, but we did oppositely. Credit goes to them (West Indies) too, they bowled well,” he said.

“With Nasir [Jamshed] and I, we could have gone to 240-250, but some bad shots and we kept on losing wickets. If you are set, you can’t make mistake, otherwise your team suffers.”

Misbah missed out on a century after running out of partners, but the skipper said for him individual feats have significance only when the team wins.

“The century doesn’t matter. Runs matter only if the team wins. Really happy with the way the bowlers bowled. Everybody bowled their hearts out. We need to rectify the small mistakes. Everybody who made the little mistakes need to say they could have done better,” Misbah added.

Man-of-the-match Kemar Roach (3 for 28), whose fury upfront blew away the Pakistani top-order, said he was proud of his performance today.

“I wanted to pitch the ball up and let the ball do the work,” Roach said.

“It’s great to win the first match. The guys are relieved. Pakistan are a tough side to pay against. Definitely my rhythm was on today. I am proud of myself and the team,” he added.