Currently, Chennai Super Kings are 120 for the loss of six wickets in 17 overs with MS Dhoni on 15.

Earlier, Delhi Daredevils skipper JP Duminy won the toss and chose to bowl first. They do not have Zaheer Khan and Mohammed Shami and have played Nathan Coulter-Nile and Dominic Joseph. Delhi would want to start the season well and carry the momentum. Chennai Super Kings (CSK) in IPL 2015: Kings of consistency look to rule again 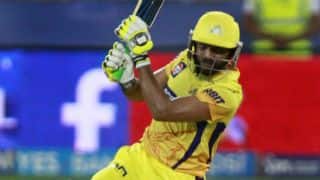