Dwayne Bravo has released his first solo song and it is titled ‘Go Gyal Go.’ This isn’t the first time Bravo has featured in a music video. A few years ago, he had sung a song with the famous singer Beenie Man. This time, Bravo has launched his own song that captures him as a personality beyond the cricket field. This music video also features his West Indies teammate and fast-bowler Fidel Edwards.

Upon the release of his album, Bravo said that the sport has allowed him to discover new territories and that music has been his passion. “Cricket has given me the opportunity to widen my horizons. I have achieved so much in cricket and as a result, I am now also able to expand my creative sphere. Music is a passion and a way of life for me. I always maintained that, had I not carved out a career as a cricketer, I would have ended up in the entertainment industry,” Bravo said.

For Bravo, music is not only a way to enjoy, but he is considering a career in it, that is after he finishes his cricketing career. As a result, he is coming up with his own ideas and is trying to work on his own style.

“I am now developing my own artistic ideas for further tracks that will feature on my new album, and I am excited that I have come such a long way and developed my own style and confidence in the musical arena, from when I first dabbled in this industry with the guidance of my best friend, the Grammy-Award winning dancehall artiste, Beenie Man. This is an avenue I am seriously considering as a career, following my eventual tenure in world cricket,” Bravo said.

Bravo has been a popular cricketer around the world. He has travelled and graced numerous tournaments and has entertained fans with his own brand of flamboyant cricket. However, it isn’t cricket alone that makes him popular. His dance moves have often added life to a cricket match. He will now go on a promotional campaign for this video. 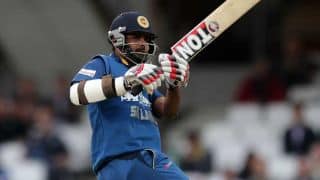