Dwayne Bravo slammed 39 runs off the last 11 balls he faced. His 30-ball 68 guided Chennai to a one-wicket win over Mumbai.

Chennai stared at the mountain. 47 runs were required off 18 balls. Mumbai had the likes of Mitchell McClenaghan, Jasprit Bumrah and Mustafizur Rahman in their ranks. Chennai had Dwayne Bravo at the crease and were eight down with Kedar Jadhav in the dugout with an injury. He was retired hurt. Amid the sea of blue in the Wankhede Stadium, there were chants of ‘CSK… CSK’.

Bravo turned on the beast mode. McClenaghan was looted for 20 runs, Bumrah was meted the same treatment. He was hit for three sixes before Bravo perished with the equation reading seven off the last over. Jadhav limped this way out and calmly finished it off. Bravo, a veteran of 376 T20s, rated this as his finest. The 30-ball 68 propelled Chennai to a one-wicket win when the most ardent fans had given up.

This is my best-ever knock,” said Bravo. “I don’t think I have ever played an innings like this in any format. So, this is a special one. As you can see, when I reached my fifty, I didn t even raise my bat. I knew the job wasn t finished. There was still a long way to go. I was in a zone. I was just focusing on trying to get the game done for my team. I was disappointed that I was out in the last over. But I played the innings that put my team in a position to win, and that is what happened tonight. I am just happy that I was able to contribute with the bat. It has been a while that I haven t been able to make runs. This one will always be special to me.”

Bravo’s brilliance was not just restricted with the bat. The 34-year-old bowled three wonderful death overs, giving away little. His 4-0-25-0 ensured Mumbai were kept under the 180-mark. He kept the free-flowing Pandya brothers in check. Bravo embraces such challenges but spoke about the meticulous efforts that goes behind the same.

I think it s a challenge for me. I mark myself against the best in the world, so in moments like this is where it really matters. I don t enjoy bowling when there s not much pressure on. When there s pressure, I need to focus a lot more and in the nets, I prepare very well when I bowl to guys like MS (Dhoni) and Suresh (Raina) and these guys, who re good hitters. Even when I m playing for the West Indies, I bowl to guys like (Andre) Russell and (Kieron) Pollard, so it gave me confidence. I don t just turn up in a game and it happens naturally. I prepare in the nets, I make sure I m executing my yorkers properly, so whenever I call on those special deliveries, I deliver more often, the Trinidadian said before adding, Bowling to Hardik (Pandya) and his brother, I prepare for these moments in the nets. So whenever it does occurs, my body and my mind plays it over and over. I practice the night before. There are days when I go out and execute it right, on another day it could be the opposite. I take each game step by step and I m happy if we win the game, which is most important.”

Chennai had used their RTM for Bravo and the all-rounder expressed his excitement on donning the yellows again. With 5,571 runs in T20s and 413 wickets, Bravo’s experience will be crucial as Chennai eye their third IPL title. 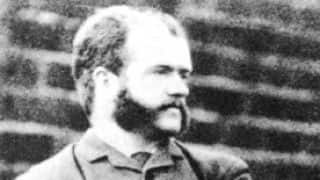 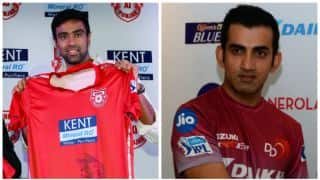