Bravo apart from cricket his made quite the name for himself in the entertainment industry. His most famous song came during the ICC World Twenty20 Cup 2016 in India named 'Champion'.

Dwayne Bravo, who has been missing out on the Indian Premier League (IPL) 2017 action, has found quite a few ways to keep himself occupied in India. Bravo plays for the IPL franchise Gujarat Lions and is still recovering from a hamstring injury. Bravo apart from cricket his made quite the name for himself in the entertainment industry. Bravo’s most famous song came during the ICC World Twenty20 Cup 2016 in India named ‘Champion’. Champion song became a raging hit and soon his track became West Indies party anthem all though the tournament.

Gujarat Lions who will face Kolkata Knight Riders (KKR) in Match No.23 of IPL tweeted a video of Bravo and his younger half-brother Darren Bravo. In the video, both brothers’ talk about Dwayne’s upcoming song that features India’s current captain Virat Kohli and former skipper MS Dhoni. “We go over to India, India, India. I call up a boy named Kohli, Kohli Kohli. We tell him to WhatsApp Dhoni.” Soon after the stanza, both brothers were seen laughing at full strength.

.@DJBravo47 seems to be working on his new song. Did we hear India, Kohli and Dhoni in there? #GameMaariChhe #KKRvGL pic.twitter.com/MBmiwEerm5

Bravo was impressive in the last IPL picking 17 wickets at 29.05. He was the second highest wicket-taker for GL after Dhawal Kulkarni (18 wickets).

Earlier in the month, Dwayne was seen raping in Hindi in a song alongside singer Shivi, who is the lyricist and composer of the song. During the eight edition of IPL, Bravo launched his seventh single Chalo Chalo , which later went on to grab headlines for featuring Kohli. Prior to ‘Champion’ Bravo featured in Tamil music video for the movie Ula . 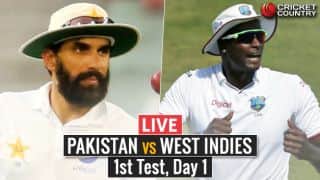 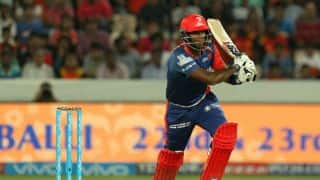