The game, according to the report, will be distinctly different from the previous editions. All domestic competitions including the Big Bash League (BBL), Indian Premier League (IPL) et al will also be included.

For an entire generation that grew up in the late 90s and first decade of the new millennium, EA Sports cricket gaming series was the favourite pastime. The series that started with the release of the first game in 1996, was well-received by fans. However, due to its lack of global appeal and the increase in demand to focus on the much-in-demand FIFA series, EA Sports decided to discontinue with its cricket series in 2007 after reportedly selling over 50 million copies in England, Australia, New Zealand and South Asia. But if a latest report is to be believed, EA Sports can make a comeback to cricket gaming with a new release in 2019.

A report in Sportskeeda has revealed that EA Sports is targeting a return to cricket gaming in 2019. Yes, the board is currently contemplating on how to move forward with the cricket game. We did a market study and realised that close to 15 million people still play the game, even after we stopped producing in 2007. Hence, it only makes sense for us to acknowledge a strong potential there. We are also aware that there are hardly any competitors within this market. But, our primary objective if the game comes out in 2019 will be to acquire International Cricket Council (ICC) and Board of Cricket Control in India (BCCI) rights for the players, the report quoted an EA Sports official as saying.

It’s no secret that India will be our primary sector of sales, and this time if we do venture back into the market, it will be with player rights. Our representatives have already had meetings with BCCI members, let’s see how talks progress, it further read. It is notable here that a deadlock with the BCCI over player rights was one of the major reasons why EA Sports were reluctant to get back to cricket. Also the introduction of the FIFA Street series saw resources being depleted for the EA Cricket franchise.

The game, according to the report, will be distinctly different from the previous editions. All domestic competitions including the Big Bash League (BBL), Indian Premier League (IPL) et al will also be included. For now, the fans will have to wait for a couple of years for the game to releases. 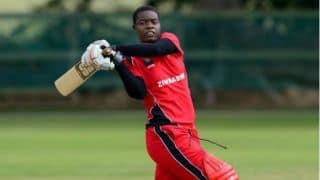