EAS Prasanna‘s strength lied in the loop and guile, and Ian Chappell rated him as the best spinner he had faced. Prasanna rated the current Indian bowling attack as the best in the last 60-70 years.

The current Indian side touring South Africa has five specialist pacers in Mohammed Shami, Bhuvneshwar Kumar, Umesh Yadav, Ishant Sharma and Jasprit Bumrah. Hardik Pandya, the specialist all-rounder, can too clock over 140kph. In Ravichandran Ashwin and Ravindra Jadeja the side has two of the finest spinners in the world. Prasanna wants India to play five bowlers against South Africa.

India have one of the best attacks in the world. In fact, I don’t think the Indian teams of the past could boast of an attack like the current one. It is probably the best I have seen in the last 60-70 years, Prasanna told PTI, before assessing India s possible strategy to field five bowlers.

I have always believed five bowlers are must if you want to win the game. The same logic which applies while picking an extra batsman, should apply on the bowlers.

Even if you play an extra batsman, only one or two would go on to make big scores. There is a possibility if the top five fail, the sixth batsmen will fail as well. Similarly, if you do pick five bowlers, more often than not you see one or two having an off day. And for a bowling line-up to be effective you need at least three bowlers to fire all the time. So picking a fifth bowler helps in this case, Prasanna added.

India are likely to field one spinner and Prasanna picked Ashwin as his choice.

Ashwin is an automatic selection in this case. He is good with the bat as well. I noticed during the Sri Lanka series, Jadeja was bowling like a stock bowler. He was not as effective as he used to be, said the former off-spinner, who played 49 Tests for India claiming 189 wickets.

Prasanna refused to compare the two sides, but he feels India have a good chance of winning their first series in South Africa. What impresses him about the current Indian side is that they are a well=balanced and boast of fearless individuals.

It is a well balance side and players have a positive mindset. What I like most about this team is that they don t fear any side. If the batters can score 350 runs consistently in the first innings, then half the battle is won, the 77-year-old further added.

The first Test between India and South Africa starts at Cape Town on Friday. 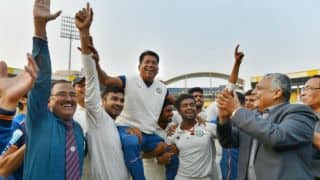 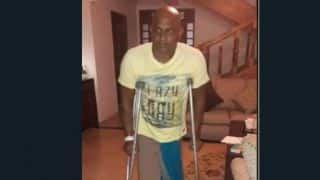