The Eastern Province Cricket Board has honoured South Africa's Cricketer of the Century, Graeme Pollock, by naming a pavilion at the St George's Park stadium in Port Elizabeth after him. Graeme Pollock played 23 Tests for South Africa. He played a huge role in the history of Eastern Province playing for 18 years © Getty Images

The Eastern Province Cricket Board has honoured South Africa’s Cricketer of the Century, Graeme Pollock, by naming a pavilion at the St. George’s Park stadium in Port Elizabeth after him.

The old Centenary Pavilion was renamed the Graeme Pollock Pavilion at Wednesday’s one-day match between South Africa and Pakistan.

“Thank you to the people of Port Elizabeth for 30 good years. Your support and friendliness was much appreciated to the cricket administration and sporting public. Your support provided the inspiration for a successful cricketing career. Many thanks and God Bless,” said Pollock, who had made his provincial debut for Eastern Province at 16.

Voted South Africa’s Cricketer of the Century in 2000, Pollock is regarded as one of the finest batsmen to have played Test Cricket.

His career was cut short at the age of 29 when South Africa was thrown out of the international cricket because of apartheid-era segregation of sport that made the national side all white.

As a result, Pollock played 23 Tests with an average of 60.97 scoring 2256 runs. This is second only to the legendary Sir Donald Bradman of Australia on the all-time list.

Pollock’s first class statistics of 262 games, 20,940 runs at an average of 54.67 are still impressive in the modern cricketing world. He retired from the game at 43.

Born in Durban in 1944, Pollock was 19 when he made his Test Debut in Brisbane. A left-handed batsman, he has received many accolades around the world. In 2009, he was inducted into the ICC Hall of Fame.

“We are delighted to be honouring one of the greatest cricketers of all time. He played a big part in the cricketing history of Eastern Province with a career spanning 18 years.  Many fans will remember coming to St. George’s to watch him in action. The Graeme Pollock Pavilion is a testament to a man who brought great pride to Eastern Province,” said EP Cricket President Dr Malcolm Figg. 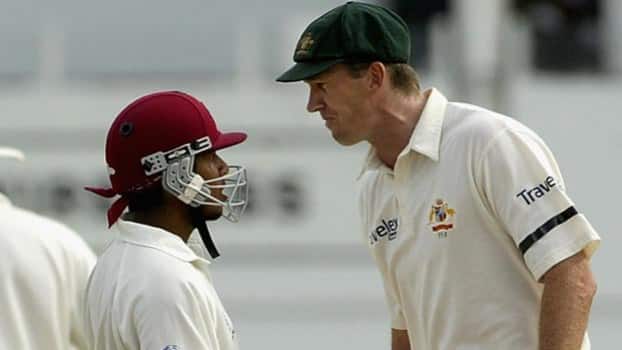