Mayank Agarwal has made an excellent start to his international career with three centuries, two of them double-tons, that has seen him average 67.07 after playing nine Tests. Mayank Agarwal has made an excellent start to his international career with three centuries, two of them double-tons, that has seen him average 67.07 after playing nine Tests.

While he has for the time being cemented his position as the first-choice opener in Test cricket, the next aim naturally is to break into the limited-overs squad. However, like red-ball cricket, there’s stiff competition in white-ball cricket for each position.

Agarwal was flown to England as an injury replacement midway through the ICC Cricket World Cup but he didn’t get a game. Now, he has again found a place in India’s ODI squad after Shikhar Dhawan was ruled out of the series due to an injury.

Hoping to get a game, Agarwal says he has a clear mindset which in turn will help in making a seamless transition to limited-overs format. “The more I play like this, the better it is for me as a cricketer because I rather play cricket than not play cricket. When it comes to mindset (switching formats), the basics remain the same. It’s easy to switch formats if your game-plan is clear and your understanding of the game is clear,” Agarwal said on Chahal TV.

Agarwal, who averages 50.90 in List A cricket, says his aim is to contribute in any manner towards the team’s cause be it batting or fielding. “Regardless of wherever I play, I always think about how I can become an asset to my team and how I can contribute to the team. Even if I don’t score runs with the bat, I think about contributing on the field, bringing in more energy on the field,” he said.

He continued, “I want to win each and every match, each and every tournament. When you come in with that attitude, your mindset will be good. There’s no guarantee that you’ll get the results 100 percent but you will be giving yourselves a good chance to perform.” 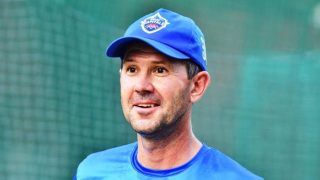 There’s Going to be a Lot of Focus And Attention on Fast Bowlers at IPL 2020 Auction: Ricky Ponting