The England and Wales Cricket Board (ECB) is gone into an unsaid damage control mode after Ben Stokes street-brawl fiasco. In an attempt to curb further embarrassment, they have order key players from the England outfit to not venture out socially for the time being.

Even though nothing official has been put out in the press, ECB s Director of Cricket, Andrew Strauss is has pointed that he wants players to take full responsibilities of their action on and off the field.

In view of this England s Test captain Joe Root and paceman Stuart Broad have pulled out of Jos Buttler s weekend stag party this week. The party is to take place in Amsterdam.

Even though best of friends, Root and Broad are adhering to Strauss s diktat of not going to Amsterdam. Apart from Stokes and Alex Hales all members of the England side will be visiting Netherlands.

On a more pressing matter, the ECB is expected to announce the players central contracts for 2017-18 in the coming week. It will be interesting to see if Stokes or Hales continue to be a part of it.

England s next international assignment will be The Ashes 2017-18 in Australia. 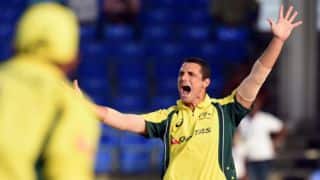