The ECB's comments come a week after Kevin Roberts, the chief executive of Cricket Australia, said mandatory four-day tests were "something that we have got to seriously consider" English Cricket Board has backed the idea of Test matches being reduced to four days before the start of the 2023 ICC World Test Championship. A member of the board said that the four-day Test matches could help ease the burden of players, who are already getting sandwiched playing ODIs, T20Is and other major leagues across the world.

“We believe it could provide a sustainable solution to the complex scheduling needs and player workloads we face as a global sport,” a spokesperson of the board told the Daily Telegraph

“We’re definite proponents of the four-day Test concept, but cautiously so, as we understand it’s an emotive topic for players, fans and others who have concerns about challenging the heritage of Test cricket.”

The ECB’s comments come a week after Kevin Roberts, the chief executive of Cricket Australia, said mandatory four-day tests were “something that we have got to seriously consider”. Four-day Tests have been sanctioned since 2017 by the sport’s global governing body the International Cricket Council (ICC), but only outside of their inaugural World Test Championship.

With excessive cricket being played around the world, mostly due to globalisation of many T20 leagues, the window for more international cricket is taken up. With Test matches being reduced to four days, cricketers can get themselves a little more rest time, reducing the toll the drill of a Test match takes on the body.

In order for four-day Tests to replace the five-day format from 2023, when the new ICC broadcasting rights cycle begins, it would need to be approved by the ICC’s cricket committee in 2020 and then voted through by the chief executive’s board, which is made up of representatives from member nations.

“One of our top priorities is to underpin a healthy future for Test cricket while we continue to build accessible ways for new fans to enjoy our sport,” added the ECB spokesperson. “We are strongly behind a thorough and considered consultation where all opinions are explored.” 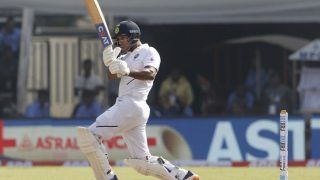 Great Learning Curve With Some Tremendous Experiences: Mayank Agarwal on His Journey in 2019 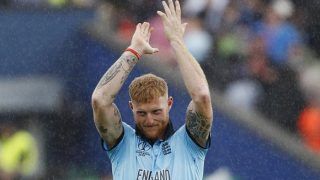 Would Swap Everything That Happened to me in 2019 For My Dad to be Happy And Healthy: Ben Stokes