Tom Harrison backs the star allrounder to channel his talent into a broader canvas.

The England and Wales Cricket Board (ECB) chief executive Tom Harrison sees Ben Stokes as a role model for English cricket, despite the allrounder s history of off-field troubles.

Star allrounder Stokes was acquitted of a criminal charge of affray at a trial in August following the incident in Bristol, southwest England, in September 2017. After the fracas in Bristol, Stokes was stripped of his position as vice-captain of an England Test side skippered by close friend Joe Root and also missed England s Ashes tour of Australia.

In 2014, an incensed Stokes marched into England s dressing room after being dismissed for a golden duck against West Indies during a T20I in Bridgetown a week ago and punched a locker, which resulted in wrist surgery that ruled him out of the ICC World T20 in Bangladesh.

During England s landmark 3-0 sweep of Sri Lanka, Stokes scored 187 runs at 31.16 and took five wickets at an average of 20.40 while also holding several slip catches in a series dominated by spin bowlers. Sri Lanka coach Chandika Hathurusingha said Stokes was the difference between the two sides.

“Ben is a leader in the England team,” Harrison told BBC Sport. “I do think he can – he’s been through a year that will serve as a constant reminder of how quickly things can go wrong if you allow them. He’s got great people around him, he’s got good support structures and I’m sure he’s learnt a lesson.”

The result of the ECB s Cricket Disciple Commission hearing earlier this month was that Stokes was fined 30,000 and given an eight-match England ban but those games are deemed to have been served.

“We have an independent body making these judgements, they are qualified people and this has been a proper process,” said Harrison. “The sanctions handed down are serious, this is not something that’s been brushed under the carpet. Ben is a key part of the Test and ODI team but I don’t think that’s got anything to do with the sanctions which have been handed down – the processes have been separate and deliberately so.” 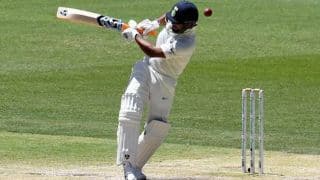 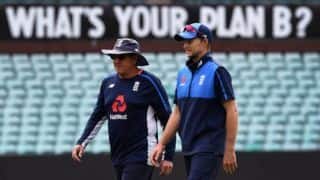