The ECB would prefer one team director for all forms of the game, which had appeared to make limited-overs coach Giles red-hot favourite, although he is believed to have an uneasy relationship with England Twenty20 captain Stuart Broad and, to a lesser extent, Test captain Alastair Cook.

According to the Mirror, although Giles had been heir apparent to Flower since taking over as one-day coach a year ago, however, ECB wants Kirsten even though the former India coach is reluctant to spend a lot of time away from home in South Africa.

The other name in the ECB frame is Moxon, one of the most respected directors of cricket in the country with his work at Yorkshire with younger coaches Jason Gillespie and Paul Farbrace being widely noted, the report added. 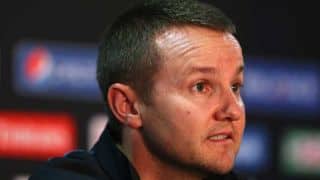