ECB’s delegation completed its inspection of venues in Mirpur, Chittagong and Fatullah for the England versus Bangladesh series scheduled in October. The three-member delegation also held meetings with intelligence agencies and BCB officials in Dhaka. They were also shown the security plan for the tour at the home ministry as they returned happy. The ECB delegation will now report back to the ECB. The delegation included, ECB’s security advisor Reg Dickason, Professional Cricketers’ Association chief executive David Leatherdale and ECB’s director of cricket operations John Carr. The team had arrived in Bangladesh after they completed a venue inspection for England’s tour of India later in the year. READ: ECB to send security team to Bangladesh ahead of England’s tour

BCB’s media committee chairman Jalal Yunus said, “We will know whether it was a positive tour for them when they report back to the ECB. They will decide only then. They visited all the hotels and ground facilities, and were briefed about security,” as quoted by EspnCricInfo. READ: Mashrafe Mortaza hopeful of England touring Bangladesh

He added, “There’s no time frame, and we won’t put any pressure. They took everything quite seriously here, and spoke to nearly everyone, including the country’s security intelligence. They were given a detailed security plan at the home ministry.”

England will tour Bangladesh for three ODIs and Two Tests in the month of October if everything goes as as scheduled. The tour will begin from October 7. The England team is scheduled to arrive in Bangladesh on September 30. Following a terror attack in Dhaka on July 1, there has been a doubt over England traveling to Bangladesh. 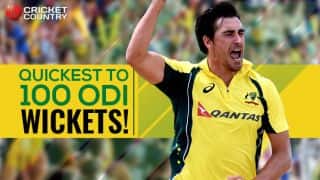 MS Dhoni bags INR 80 crore for rights of his biopic!