There was no place for Kevin Pietersen among the 10 England players awarded central contracts on Friday by the England and Wales Cricket Board for the 2013 season. 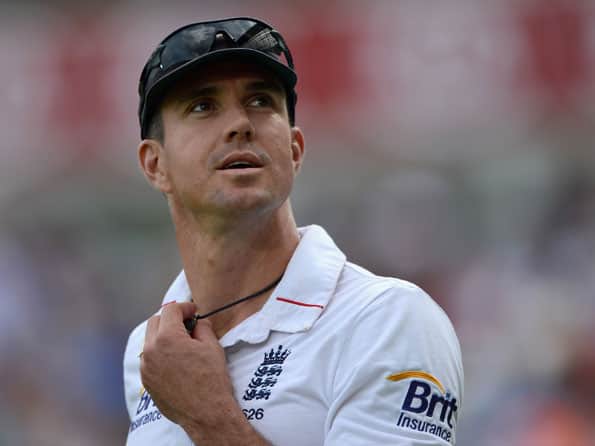 There was no place for Kevin Pietersen among the 10 England players awarded central contracts on Friday by the England and Wales Cricket Board (ECB) for the 2013 season.

Pietersen has been in England exile since being dropped following the second Test against his native South Africa in Leeds last month.

But the ECB did not completely close the door on Pietersen being added to the list for what will be an Ashes year, saying in a statement Friday: “In respect to Kevin Pietersen discussions are on-going and they remain private.”

Officials, already frustrated by availability rows, were furious when it emerged Pietersen had sent “provocative” texts to South African players — some allegedly critical of then England captain Andrew Strauss.

That meant the 32-year-old batsman missed the final Test against the Proteas at Lord’s and the subsequent one-day series, which ended in a 2-2 draw with one no-result after the tourists’ seven-wicket win at Trent Bridge on Wednesday.

Pietersen, who last month reversed his retirement from limited overs internationals, will also miss England’s defence of their World Twenty20 title in Sri Lanka later this month, despite being man of the tournament when they won the 2010 edition in the Caribbean.

Strauss announced his retirement last week, although he insisted it had nothing to do with the latest row involving Pietersen, his predecessor as England skipper.

Alastair Cook, already leading the one-day side, was named as the new Test captain.

He now has a role in deciding Pietersen’s future, although there appears to be little time for the ECB and the player to reach agreement if, as anticipated, the squad for the tour of India starting in November is announced next week.

“Over the next couple of weeks, it’s certainly an issue which we as the ECB will have to get resolved,” Cook said Wednesday. “There is stuff which needs to be talked about behind closed doors. That will happen.”

Pietersen has been contracted to the ECB since 2006 and is in the top bracket of the pay scale, with a deal reportedly worth $400,050 a year in basic salary but rising substantially with win bonuses and appearance fees.

The contract ties the player to the board and he can only play in tournaments such as the Indian Premier League with a release agreement from the ECB.

Pietersen’s desire to play more often in the lucrative Twenty20 IPL has been central to his recent dispute with the ECB and, in an interview with the latest edition of the Cricketer magazine, he said of the IPL: “Every board has accepted it apart from the ECB. Some part of international cricket may have to give as the IPL is not going away.

“No one in their right mind would turn down the contracts I’ve been offered.”

Cook, Ian Bell, Jonathan Trott and Eoin Morgan, the former Ireland international who has yet to nail down a Test place, were the four batsmen awarded central contracts Friday.

National selector Geoff Miller said: “Contracts are on-going recognition for those players who have regularly been selected for England and have performed consistently, as well as players who we feel could play an important role for England over the next 12 months.”(AFP)

West Indies attack can thrive in all conditions: Ottis Gibson