The county clubs are although keen to run their own T20 competition that is played on Friday nights, as it is popular among fans and is earning them money.

The ECB is planning to launch a T20 tournament in England to rival the Indian Premier League (IPL) and Australia’s Big Bash League (BBL) before 2018 and it could bring about a major change in English county cricket. A team of officials has been working for a few months on shaping the structure of the tournament, which if agreed upon by the county teams, could see the broadcasters telecast it with one live match per week which would be shown worldwide. The counties will be the shareholders in the tournament and players could also be auctioned and contracted while their salaries would come from the broadcasting deal. It would be tournament with new teams and new identities. READ: Historic day in County Cricket Championship: No mandatory toss rule brought in

All proposals at this stage, such as number of teams particpating and details of the competition are subject to change and discussion between the counties and Professional Cricketers Association. READ: Brendon McCullum: T20 cricket should be played only on international level

The county clubs are although keen to run their own T20 competition that is played on Friday nights, as it is popular among fans and is earning them money. If they decide to conduct another tournament alonsgide it England would become the only country with two T20 competitions in its domestic calendar. READ: IPL 2016: Steve Waugh feels T20 leagues have made ‘loyalty to money’ focus

There is a possiblity that the matches could be organised at the Olympic Stadium and the Wembley Stadium, where prices could be reduced to attract more spectators and also news fans for the game.

A detailed analysis and evaluation of the proposed tournament’s worth and the financial review of the currently ongoing Natwest T20 Blast could be presented in front of the counties. The ECB though, could be looking to sign a multi-national company as a title sponsor and might aslo try to link it to the grassroots., just like in Australia.

While launching it in 2018 is an idea that is being highly considered because of the competition it could receive from the Caribbean Premier League (CPL) which clashes with the English summer and the Indian Premier League (IPL) which might see a ‘Mini’ version of it being launched in September with an annual time frame in focus.

However, the first challenge that the ECB will look to clear would although be to convince at least 12 out of the 18 counties and 26 of the 39 recreational boards that make up the ECB. The proposals will be sent to counties in August and further presentation along with the details will be revealed at a meeting of county chairmen on September 14. The decision then could be taken by the end of the year. 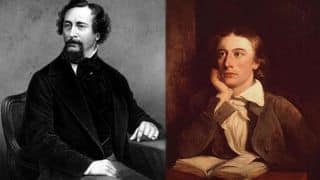