Former Test batsman Ed Cowan has criticised Australia's handling of discarded players after Nic Maddinson withdrew from domestic cricket in the wake of his omission from the national team.

Former Test batsman Ed Cowan has criticised Australia‘s handling of discarded players after Nic Maddinson withdrew from domestic cricket in the wake of his omission from the national team. Middle order batsman Maddinson will miss New South Wales’ Sheffield Shield match against Queensland this week and remain unavailable for selection for “personal reasons”, Cricket Australia (CA) and Cricket NSW said in a joint statement. The 25-year-old was one of a trio of young batsmen to debut for Australia over the home summer after selectors shook up the underperforming side during the South Africa test series. Australia vs Sri Lanka: Ben Dunk replaces Chris Lynn for T20I series

While Queensland opener Matt Renshaw and Victoria top order batsman Peter Handscomb thrived at the top level, Maddinson struggled and was dropped after the Boxing Day test against Pakistan, having scored only 27 runs from his three matches. Cowan, a New South Wales team mate of Maddinson, said Australia needed to do more to look after the mental health of young players tossed out of the top level. “If they’re going to churn through players then Cricket Australia need to be aware that there’s going to be some burn and that they’re going to have to work extra hard on the welfare side to look after guys that they spit out the other side,” the 34-year-old told local reporters on Thursday.

“I don’t think the Australian test team manages any kind of exit very well to be honest. From my own personal experience it feels like you’re left at a train station, you look up and the train is five stops [gone] flying down the tracks.” Left-hander Cowan, who played 18 matches for Australia, speaks from experience, having been dumped after a single test of the 2013 Ashes in England despite his decent form in the preceding series in India. Renshaw feels Australia’s preparation ahead of India tour going good

The 34-year-old has not been considered since. “First and foremost it’s just pure disappointment,” Cowan said of being axed. “I think for some guys it can be a relief because the spotlight of international cricket is very bright and very harsh and if you’re not playing well then sometimes you’re actually relieved that you can be taken back from that.”

“Then it’s a question of time healing the wound and really wanting deep inside to get better and reclaim that place. That whole process doesn’t happen overnight. It can take a season, four weeks, sometimes two seasons.” Cowan said the hard-hitting Maddinson was in “good spirits” and backed the lefthander to reclaim his place in the test side.

“He’ll come back stronger when he chooses to really flick that switch of desire wanting to play and we’ll support him through that,” he said. “He’s 25 years old. His best years are well and truly ahead of him… (He’s a) prodigious talent and that time will come.” Australia play India in a four-test series starting Feb. 23. 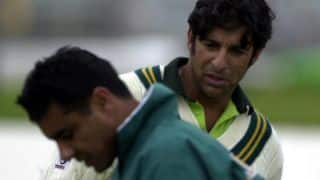 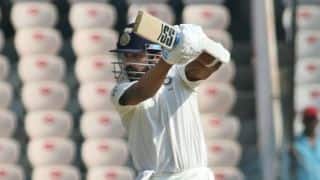