The widely-held belief that moisture in the air during humid conditions helps make a cricket ball swing has been clean bowled in a scientific study. 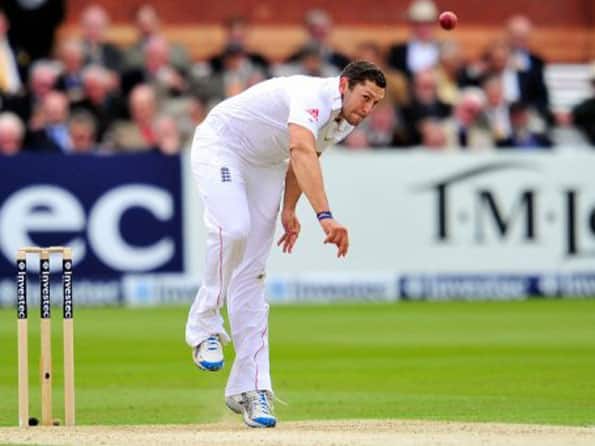 The widely-held belief that moisture in the air during humid conditions helps make a cricket ball swing has been clean bowled in a scientific study.

Swing bowling — when a delivery curves sideways in mid-air — has long been regarded as one of the game’s dark arts, not only deceiving hapless batsmen but also puzzling cricket-loving scientists.

Researchers from Britain’s Sheffield Hallam University and the University of Auckland in New Zealand reviewed scientific literature on the subject and conducted their own tests to try to get to the bottom of the mystery.

From the earliest studies of the phenomenon in the 1950s to the “seminal review of sports ball dynamics” by NASA scientist Rabindra Mehta in 1985, they found humidity was consistently cited as a crucial factor in achieving swing.

The researchers tested the theory using 3D laser scanners in an atmospheric chamber to measure the effect different humidity levels had on deliveries using balls which had been “aged” to simulate match conditions.

While altitude and the age of the ball both increased swing, the scientists did not discover any link between moisture levels in the air and sideways movement of the ball.

“This study shows that there is no direct or indirect manner in which humidity can significantly affect the ability of the bowler to make the ball swing,” they concluded in research published in the online journal Procedia Engineering this week.

“It is therefore logical to conclude that humidity may not have the significant influence on swing bowling that is widely assumed.”

Instead, the researchers put forward their own theory that cloud cover provided the ideal environment for swing bowling because it reduced turbulence in the air caused by heating from sunlight.

They said such still conditions meant the air surrounding the ball during the delivery was less likely to be disturbed, making it easier to produce the “asymmetrical” flight needed for swing bowling.

“What is clear is that the scientific community should turn their attention away from the question of humidity and focus their efforts to test the cloud cover hypothesis,” they said. (AFP)