Ekta Bisht said on Thursday that she learnt bowling with a plastic ball during her initial days in game.

New Delhi: Left-arm spinner Ekta Bisht, member of the Indian women‘s cricket team that reached the final of the World Cup recently, said on Thursday that she learnt bowling with a plastic ball during her initial days in game. However, she was a pace bowler during her initial days before coach Liyakat Ali advised her to switch to spin bowling. Bisht, who scalped five crucial wicket against arch-rivals Pakistan in the World Cup, also revealed that she was also a good batswoman but her decision to focus totally on improving as a spin bowler has caused a sharp decline in her batting skills. Thakur: Every Indian is feeling proud of INDW’s cricket team performance

“When I used to play with plastic ball, I was a pacer and also a good batswoman but when I went to my coach he advised me to bowl spin and started giving training to me,” Bisht told IANS. Bisht, who earned her national cap after facing many hardships, said its tough to play without proper ground and facilities, especially for those hailing from small towns. But her coach and family helped her a lot during that period. Asked about the final match against England, Bisht said: “It is obvious to be nervous when you play such a big tournament but players like Mithali Raj and Jhulan Goswami helped me a lot which made me comfortable.” Mithali names Harmanpreet, Deepti, Smriti as probable future leaders for India

The Indian eves appeared in the World Cup final for the second time. Earlier, India played the final in 2005 under the same skipper, Mithali, when they had lost to Australia. Bisht said that now it is important to increase the number of tournaments at the domestic level to promote the game. “Now in order to promote the game, tournaments at domestic level should be increased because it will help women players a lot,” Bisht said. Indian Railways to reward INDW cricket team with INR 1.30 crores

Despite seeing the increase in the popularity of the shorter format of the game, Bisht backed Test cricket. “To make your base strong, Test cricket is important but Twenty-20 gets more limelight than Test. All the formats are important.” 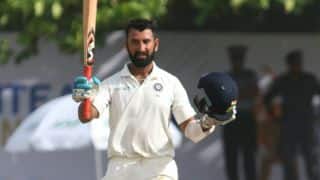 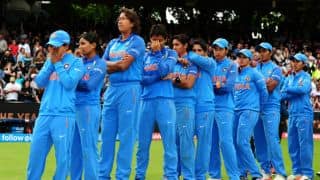