Cricketer Mohammad Kaif and Former Indian captain Mohammad Azharuddin are likely to lose their respective seats in the Lok Sabha Elections 2014. Kaif was contesting from Phulpur constituency in Uttar Pradesh while Azharuddin was contesting from Sawai Tonk in Rajasthan. The latest results which emerged showed that Kaif was languishing at fourth place, with 1,41,982 votes.

Both these cricketers are contesting from a Congress ticket. Kaif is up against Keshav Prasad Maurya from BJP who is leading while Dharam Raj Singh Patel SP) and sitting MP Kapil Munni (BXP) are in second and third place respectively.

Meanwhile, it’s a tight battle between the BJP and Congress as Azharuddin is trailing by a mere 4,000 odd votes against Sukhbir Singh Jaunapuria. Zahruddin was given the Sawai Tonk seat in Rajasthan after being the sitting MP is Moradabad, UP. 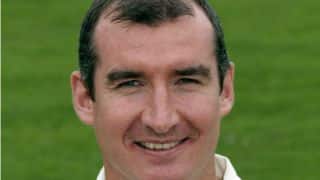 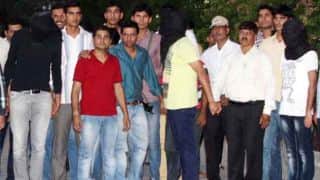