The ICC and the Emirates relationship dates back to 2002, when the award-winning airline came on board as a sponsor of the ICC.

Dubai: The International Cricket Council (ICC) and Emirates Airline, the world s largest international airline, renewed a deal for an additional seven years which confirms Emirates as a Global Partner for all ICC events from 2016-2023. The ICC and the Emirates relationship dates back to 2002, when the award-winning airline came on board as a sponsor of the ICC. The partnership was strengthened with Emirates becoming the ICC’s official partner for the 2007-2015 events cycle and the official sponsor of the ICC’s elite panel of umpires and match referees. READ: 320 million views recorded during ICC T20 World Cup 2016

This new deal is an extension and expansion of that partnership as Emirates will continue its sponsorship of the Emirates Elite Panel of ICC Umpires and Match Referees; with the Fly Emirates logo being displayed prominently on the umpires’ clothing when they are officiating at all international cricket matches.

In the current cycle, the partnership promises to reach greater heights, as the ICC will stage an ICC World Twenty20 tournament in 2020, two ICC Champions Trophy and two ICC Cricket World Cups among a host of other events, including women’s, age-group, qualifying and development tournaments.

ICC Chief Executive David Richardson said: “I am delighted that Emirates has decided to continue its support for cricket by extending its partnership with the ICC. The ongoing support of the world class Emirates brand is a compliment to the health and popularity of the game and we are grateful for their assistance in ensuring that our events can continue to grow from strength to strength.”

Boutros Boutros, Emirates’ Divisional Senior Vice President, Corporate Communications, Marketing and Brand said: “The renewal of our partnership with the ICC confirms our commitment to cricket, which dates all the way back to 1999 when we sponsored the Australian team, which went on to win the World Cup. Since then, cricket has offered us a powerful platform to connect with fans and communities of cricket playing nations across Asia, Australasia and the UK.”

With a fleet of over 250 aircraft, Emirates is also the largest operator of the state-of-the-art Airbus A380 and Boeing 777. The airline flies to 152 destinations on six continents from its home base in Dubai, making sure cricket fans, players and officials can get where they want to go. 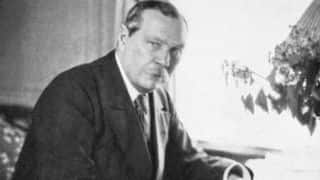