Emraan Hashmi is set to play former Indian captain Mohammad Azharuddin in a biopic, according to reports.

According to IBN Live, the Hyderabadi cricketer was undoubtedly one of India’s finest batsmen in his prime but with news that sent shock waves to the cricketing world, that Azharuddin had been involved in match fixing, pulled the curtains down on his career.

The news that has been doing the rounds is that Hashmi has been finalised as the lead by the makers of the film.

It has been said that  Azharuddin has given his consent to the fimmakers go ahead with the project.  Kunal Deshmukh, who has directed Hashmi in many films, is going to wield the megaphone for the venture.

Deshmukh and Hashmi have earlier worked together in ‘Jannat’ which was based on the life of a bookie in a cricket backdrop. 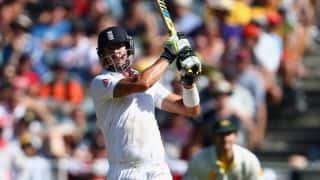