Cape Town [South Africa]: Proteas pacer Morne Morkel feels that South Africa have a slight advantage over India in the upcoming 2018 Freedom Series. “In the past, the build-up has always been great, the talk of the wickets, the talk of the bounce, we do have a slight advantage, but we still need to land the ball in the right areas, still need to bowl with intensity”, Morkel told Sport24.

However, Morkel also feels that endurance will be the key for the team at home as they seek twenty wickets against a quality India batting lineup. “Majority of the runs in Test cricket are scored after tea time. So for us, it’s going to be if we have enough petrol in the tank to knock India over at the back end of the day”, he added.

On the other hand, Indian skipper Virat Kohli is extremely optimistic about the upcoming series and feels that the present Indian team has the required skill set to perform well in any country. Talking about the Indian team not being used to playing on bouncy pitches, the captain said that the team has accepted the fact that the wicket will hold many surprises for the Indian players and the key is to believe in their abilities and take the bowlers head-on.

The India-South Africa series will include three Test matches, six one-day internationals and three T20Is. The first Test match at the Newlands in Cape Town will be played on January 5. 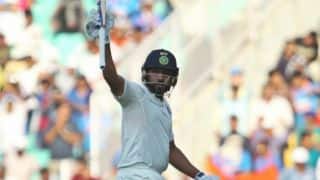