ENG vs AUS 1st ODI Dream11 Tips And Hints, Old Trafford Manchester: The first contest of the three-match ODI series between England and Australia will be played today. The teams are facing each other for the first time since the 2019 World Cup semifinal where the hosts England won before clinching the title. The series is part of the World Cup Super League introduced by the ICC to provide contexts to the various ODI series that are played across the globe. The series that fall under the Super League, will award points for victories and the teams that finish inside the top-seven will directly qualify for the 2023 world cup in India.

On the series eve, Australia captain Aaron Finch said “We’re still searching for our best formula and our best 11 players day in, day out in the one-day format. I don’t think there’s any secret to that. There’s been a great opportunity that we probably haven’t nailed consistently in this format. We’ve played some really good cricket in patches and some indifferent cricket in other patches. I think it’s important that we start to finalise our best XI and make sure of our best 15 players going forward.”

England captain Eoin Morgan said, “Going away from what we’re strong at will do us some good for a period of time. It allows us to focus on things that are our weaker side, so creating another dynamic well-rounded game in that manner is important. We need to get better at playing on those types of surfaces, because over the course of the last four-and-a-half years, we had to wait either to play in Cardiff, or Old Trafford, or go away on winter tours to experience [spinning] conditions.

ENG vs AUS My Dream11 Team 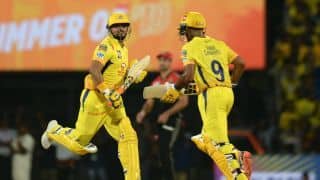