James Anderson joined the likes of Imran Khan, Ian Botham and Malcolm Marshall to have taken five wickets in an innings against India for the sixth time.

South African bowler Geoff Chubb was the second oldest cricketer to have achieved this unique feat at the age of 40 years and 86 days in the year 1951 which is about 71 years earlier.

Oldest Cricketers To Have Picked Up Five Wickets In An Innings (In order of age):

With that five-wicket haul against India, Anderson also joined a rich club consisting of Imran Khan, Ian Botham and Malcolm Marshall who have all taken five wickets in an innings six times in their career against India. Nathan Lyon and Muttiah Muralitharan top the list, having achieved the same feat on seven occasions.

If that wasn’t enough, Anderson has now taken five wickets or more in a Test innings for the 16th consecutive year – no other fast bowler has been able achieve that feat in the history of Test cricket. A list dominated by spinners, Anderson sits pretty with the likes of Anil Kumble and Muttiah Muralitharan.

Most 5 Wicket-Haul In An Innings In Consecutive Years In Test Cricket:

Anderson was the pick of the bowlers for England, returning with figures of 5 for 6 as Shubman Gill, Cheteshwar Pujara, Shreyas Iyer, Ravindra Jadeja and Mohammed Siraj – all had fallen prey to the England pacer. 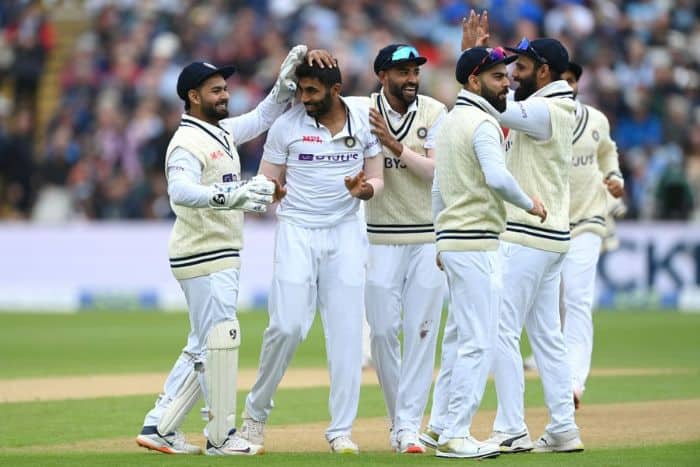