Virender Sehwag took to Twitter and posted a hilarious tweet on Virat Kohli sledging Jonny Bairstow that immediately triggered a response from the netizens.

England vs India, Edgbaston Test, Day 3: Former India opener Virender Sehwag was not happy with former India captain Virat Kohli for sledging England batter Jonny Bairstow and drew a hilarious comparison in the process. Sehwag reckoned that Kohli’s words got the best out of Bairstow, who smashed a brilliant counter-attacking century to keep England alive in the Test match. The hilarious tweet, however, sparked a debate with one user saying whether Sehwag would have tweeted the same thing if Kohli’s sledge would have resulted in a wicket while another user agreed with Sehwag’s observation.

Not A Word Of The Above Tweet Is Wrong !

(Coz Kohli only chirping, ain’t scoring)

@imVkohli out at 11 run and drop catch ,doing nothing in team ,even bumrah is better than Kohli ,a big brand carrier is over now ,@BCCI must think other person

And kohli’s sledging or his aggressive attitude wins us 2-1 against england and series in Australia (2018) and gave us winning attitude.

In your era when we tour against Australia or England individual player from them scores 200-300 easily ????

How can you raise question to king ? He has liberty to do anything doesn’t matter what is consequences of it as we have seen in SA, now ready to face family trolls, career trolls etc.

Viru sir, Bairstow started it by speaking to Kohli about the authority kohli has to speak from slips and ask about the edge.. Then Kohli replied… So, in the heat of the moment what kohli did was well and good..

Bairstow was finally dismissed by Mohammed Shami on 106 as Kohli took a good catch at first slip. India have the upper hand in the Edgbaston Test, having bowled England out for 284. With a lead of 136, India would fancy their chances of winning the Test and take the series they are leading 2-1 at the moment. 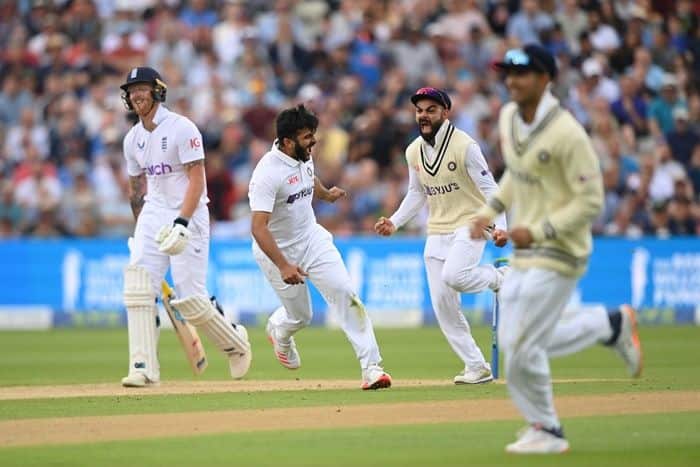