With two sessions to go, Windies still need 165 for victory with Roston Chase (12*) and Jermaine Blackwood (1 not out) at the crease.

England gun-quicks Jofra Archer and Mark Wood breathed fire as West Indies stumble in a run chase of 200 on the fifth and final day of the first Test at the Rose Bowl, Southampton. West Indies are reeling at 35/3 at Lunch on Day 5 after Archer and Wood blew away the visitors’ top-order with pace and swing.

With two sessions to go, Windies still need 165 for victory with Roston Chase (12*) and Jermaine Blackwood (1 not out) at the crease.

Archer, who remained wicketless in the first innings and drew some flak with veteran Stuart Broad not getting picked in the XI, bounced back in style as he finished the Sunday morning session with 2/13 in five overs. Wood also looked lethal as he bowled two overs with figures of 1/4.

Earlier in the day, England resumed their second innings from 284/8 and could add 29 runs more as they were bundled out for 313. Shannon Gabriel started from where he had left off on Day 4 as he removed both overnight batters Wood and Archer.

Wood was the first to go, nicking a cut to wicketkeeper Shane Dowrich. Archer played well for his 23 but was also caught behind, trying to pull. Gabriel finished with superb figures of 5/75.

During the chase, the visitors looked nothing like the way they batted in their first essay as the top three collapsed in quick succession after opener John Campbell hit his foot with the bat trying to defend a Archer toe-crusher and had to retire hurt. Much of it was due to the way English bowlers bowled in the right areas and with venom.

Kraigg Brathwaite (4) was the first to go, dragging a quick delivery from Archer onto his stumps. Shamarh Brooks (0) was trapped in front while the tourists’ batting mainstay, Shai Hope (9), was undone by a low in-dipper from Wood that knocked off his stumps.

In the first innings, England had scored 204 with Windies putting up 318 in reply. 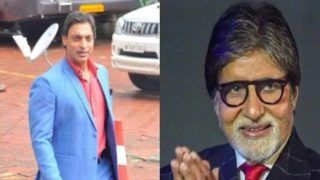 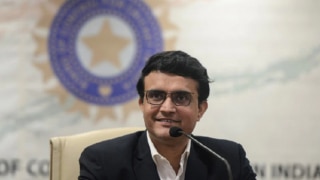