Jofra Archer, left out of that match for breaching the bio-secure regulations governing this series after making an unauthorised trip home, returns as part of a rejigged pace attack.

West Indies captain Jason Holder won the toss and elected to field against England in the deciding third Test at Old Trafford on Friday. England made two changes to the side that won the second Test by 113 runs at the Manchester ground on Monday to level the three-match series at 1-1.

Fast bowler Jofra Archer, left out of that match for breaching the bio-secure regulations governing this series after making an unauthorised trip home, returns as part of a rejigged pace attack.

That saw James Anderson, England’s all-time leading Test wicket-taker, recalled on his Lancashire home ground after being rested following the West Indies’ four-wicket win in the first Test at Southampton.

England captain Joe Root had insisted Thursday that Stokes, who scored 176 and 78 not out, as well as taking three wickets, while climbing to the top of the Test all-rounder rankings in the second match of this series, would be fit to bat.

The changes meant the veteran new-ball ball duo of Anderson and Stuart Broad were paired together for the first time this series.

Broad was retained after marking his England recall with six wickets in the second Test as was off-spinner Dom Bess.

West Indies made one change, with giant off-spinner Rahkeem Cornwall selected for the first time this series in place of paceman Alzarri Joseph, who appeared to be struggling with injury during the second Test.

Victory for the West Indies, the Wisden Trophy holders, would see them secure a first Test series win in England for 32 years. 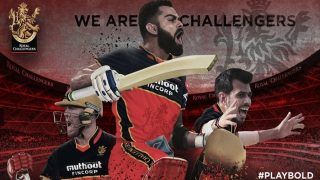