Despite wickets falling from other end, Bairstow played beautifully to reach his second Test century

Sri Lanka are well on top at Lunch on Day 2 of the 1st Test against England at Headingley, despite homeboy Jonny Bairstow reaching his century. The hosts started the day at 171 for 5, with opener Alex Hales and Bairstow at crease. Both the players weathered the storm, and got lucky with dropped catches to take England into a comfortable position, but a late flurry of wickets before the end of the session put them in a precarious situation. At Lunch, they are 243 for 8 with centurion Bairstow and Steven Finn at the crease. For SL, Chameera was brilliant this session, as he picked up two quick wickets, after Herath removed Hales. LIVE CRICKET SCORECARD: England  vs  Sri Lanka First Test at Headingley, Leeds: Live Cricket Score

England started off the day in a positive mood, after a brilliant partnership between Hales and Bairstow lifted the side. The early overs in the day saw both the batsmen taking their time against a moving ball. Hales especially was very precautious. Once they settled down, Bairstow played some beautiful shots to keep up with his scoring rate. His partner on the other hand was not as his best. He could only muster 15 more runs to his 71 on Day One.

Hales’ stay at the crease was ended when he tried to take on Rangana Herath, but only succeeded in getting caught at deep covers. Next to follow in was Moeen Ali, but he was back into pavilion in no time, nicking a ball to short leg of Chameera’s bowling. And final nail of the session was hit when Stuart Broad was gone playing a loose shot, leaving Bairstow shaking his head at the other hand. From 224 for 5 to to 233 for 8, their collapse overshadowed Bairstow’s brilliant knock. But somehow, Finn came at the crease and played intelligently to not lose his wicket, and provide a support for Bairstow. 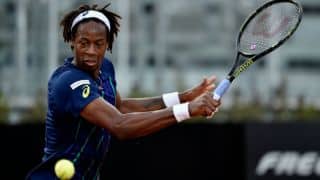