England arrive in Kolkata for third Test against India

England arrive in Kolkata for third Test against India

The English cricket team, led by Alastair Cook, on Friday arrived in the city amidst tight security arrangements for the third Test, beginning December 5. 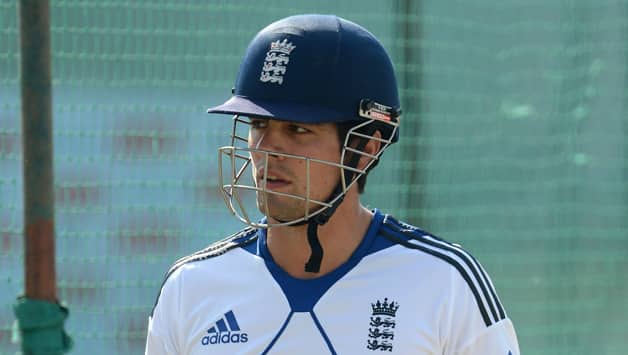 The English cricket team, led by Alastair Cook, on Friday arrived in the city amidst tight security arrangements for the third Test, beginning December 5.

Barring bowling coach Mushtaq Ahmed, all the members of the squad arrived in the afternoon, the local team manager said today.

“The members will have a rest day tomorrow. Mahendra Singh Dhoni and Co. will arrive on Sunday,” he added.

Meanwhile, the Cricket Association of Bengal (CAB) has announced that it will felicitate Nari Contractor and Ted Dexter, the oldest surviving captains in India and England respectively, on the opening day of the Test.

The two led their respective sides in the 1961-62 Test in Eden Gardens that India had won by 187 runs.

“The duo will be taken around the stadium on a golfcart during the lunch break of the first day,” a CAB official said.

The CAB is commemorating 80-years of Test cricket at the Eden that had hosted its first match, incidentally against England in 1933-34.

Police has made tight security arrangements for both teams and especially during their transit from team hotel to the stadium.

“As the team has checked in early, the police this time will take charge of the security of the Eden wicket four days in advance,” the CAB official added.

England have levelled the four-match series 1-1 following their 10-wicket thrashing of India in the Mumbai Test.