It's not just India who are rejoicing Australia's drubbing in the first two Tests but also England as weeks before the Ashes series, former skipper Michael Vaughan declared that the British team is better than Australia in every department. 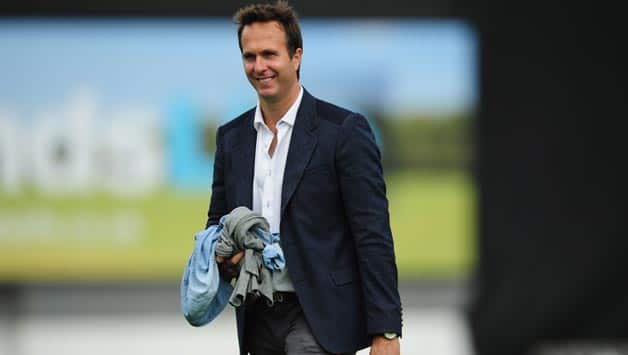 It’s not just India who are rejoicing Australia‘s drubbing in the first two Tests but also England as weeks before the Ashes series, former skipper Michael Vaughan declared that the British team is better than Australia in every department.

After Australia’s shambolic innings defeat inside four days in the Hyderabad Test, Vaughan wrote on twitter: “Breaking news. Anyone that has bought a fifth-day ticket for this summer’s Ashes will receive (a) full refund due to Aussie team that won’t make it.”

This is when Hyderabad Cricket Association decided to refund the ticket amount for the final day.

Vaughan then added more salt to the injury by mocking the current Australian batting line-up, “What do you call a great Australian cricketer??? Retired.”

Australian media too was worried with the result as it said, “THIS is not the crisis Australian cricket was meant to have. Not with the Ashes 16 weeks away.”

Later Vaughan spoke to the British media and said going by Australia’s current form, they do not look like posing any challenge to England when the two teams renew Ashes rivalry from July.

“This isn’t arrogant in any way but I think England are better than them in all areas. I think they’ve got a better top six, a better bowling unit, better spinners,” Vaughan told the Sun.

“I think England have got good coaching, good managers, a good structure – at the minute, Australia have got a bit of turmoil behind the scenes. It’s not arrogant – it’s just an honest opinion,” Vaughan added.

Australia and England will play 10 back-to-back Tests in twin series and Vaughan feels the turmoil Australian cricket is going through would serve the British team well.

This had an apparent reference to absence of great players in the Australian batting line up and the infighting going on in Australia Cricket.

“All the greats have retired a few years ago and now the likes of Michael Hussey and Ricky Ponting have gone,” he said.

“Warnie spoke out, he wants change in coaching and selection – and that’s good for England. The Australians are going through a period of arguing amongst themselves. They’re not happy, and that can only bode well for England.”

However, there was one thing that Vaughan appreciated in Australian team and that was captaincy of Michael Clarke.

“I think the one thing that is quite similar is that Michael Clarke and Cook are similar captains. Clarke is a very, very good captain and obviously Cook has done well too,” he said.