Watson believes how England fare in the remainder of the Ashes 2019 will be a true test of their character.

Former Australia allrounder Shane Watson believes how England, trailing 0-1, respond in the remainder of the Ashes 2019 be their true test of their character. Having lose the first Test in Edgbaston by 251 runs, many greats have been quick to jump the gun and make bold claims, including foreseeing a 5-0 scoreline. Calling it wishful thinking, Watson reckons winning an away series takes a lot though Australia have started well on the back of Steve Smith‘s terrific comeback to Test cricket.

“It’s so incredibly hard to be able win away from home. It’s not just the Ashes, for most teams winning away is looking impossible now,” Watson said. “So for us to get off to such a great start, winning the first Test match it’s been amazing, especially Steve Smith. For him to come straight back in and hit the ground sprinting and single-handedly get Australia that win is incredible.”

“England can be pretty good at panicking at certain times, it’s going to be a true test of what their make up’s like as a team after their World Cup win and how they are able to bring things together and turn it around quickly.”

Watson, who announced his retirement from international cricket during the World T20 but continues to be a regular in T20 leagues across the world. In fact, he has been the top batsman in the last two IPL finals, scoring a match-winning, unbeaten 117 off 57 balls as Chennai Super Kings made a triumphant IPL return by winning a third title and following it with another half-century against Mumbai Indians in the 2019 final.

During the same final, it later emerged that Watson batted with a bloodied leg. Images of Watson showed a pool of blood under his left knee, staining his yellow CSK pants red. In the third over of CSK’s chase, Watson cut his left leg while diving to make his ground. Watson required six stitches after he decided to bat on during the final despite injuring himself. At 38, it’s amazing how Watson still keeps going.

“I am still definitely learning all the time. I love the challenges, it’s not just the technical skills but also the mental skills at this stage of my career,” he said. “To be able to tap into the skills I’ve got, if i wasn’t firm on continuing all the way longer I wouldn’t have had the chance to play for CSK and meet the people I have been fortunate enough to meet and play with, to be able to get to know MS Dhoni and Stephen Fleming is certainly one of the highlights of my career across any team I have played yet. So i still love playing and contribute as much as I possibly can on or off the field. I am still fit enough and till I feel I can contribute I will keep playing.” 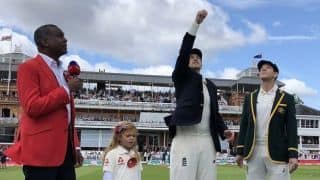