England selector Geoff Miller has warned India that Andrew Strauss's team are in the perfect form to take advantage if the tourists are below their best in the first Test at Lord's. 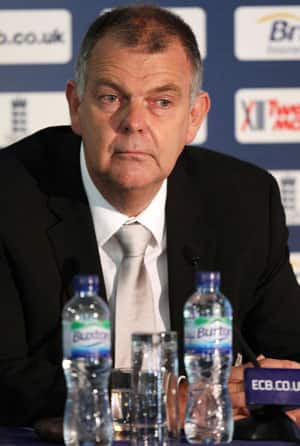 England selector Geoff Miller has warned India that Andrew Strauss’s team are in the perfect form to take advantage if the tourists are below their best in the first Test at Lord’s.

India have struggled against Somerset during their only warm-up match ahead of Thursday’s clash in London and Miller believes they could pay the price for such a short preparation period.

Somerset piled up a massive 425-3 declared before bowling out India for just 224 and then cruising to 260-2 in the second innings of the drawn match.

To make matters worse for India, England Test captain Strauss rediscovered his form with scores of 78 and 109. Miller hopes England take advantage of India’s struggles and he said: “It’s tough for India to come straight over from the West Indies and play in our conditions. It hasn’t been ideal preparation for them.”

“They didn’t seem to do particularly well with the bat the other day in their first innings against Somerset – but that doesn’t mean they won’t be able to turn it on at Lord’s.”

“We prepare very thoroughly and are ready. So we hope we can hit the ground running and I’m sure we will. We’re playing good cricket at the moment, and India will have to play very well to actually combat that. We know they’re a good side and it could be a fascinating series.”

Miller named a 12-man England squad on Sunday ahead of the Lord’s clash, which included a return for Nottinghamshire pace bowler Stuart Board.

Miller revealed that a scouting trip in Nottingham had persuaded him and his colleagues Broad is returning to form in time for England’s major assignment of the summer against the world’s number one Test team.

Broad, almost bereft of international wickets so far this season as he has made his way back after a winter wrecked by injury, was dropped for England’s one-day decider against Sri Lanka last weekend to accommodate an extra spinner at Old Trafford.

Instead he played in a County Championship match for Nottinghamshire at home to Somerset last week and responded with match figures of 6-162 on a benign surface. “We watched him bowl at Trent Bridge in the four-day game,” Miller told Sky Sports News.

“There were signs he was getting back to where he was. We know what he is capable of doing, and when he puts on that England shirt we feel sure he will show exactly that and produce the goods and make it difficult for India.”