ON Day 4, England started the proceedings at 109 for 4 with Alex Hales showing his class by scoring 94 runs whereas England skipper Alastair Cook put on a valiant 49, declaring their innings with a lead of 361

Rain ensured England and Sri Lanka drew the third Test at Lord’s on Monday, a result that saw England win the three-match series 2-0. Sri Lanka set 362 to win, finished on 78 for one after rain, which had prevented any play before lunch on the final day, finally saw the umpires abandon the match as a draw at 5:12 pm local time (1612 GMT).  Dimuth Karunaratne was 37 not out and Kusal Mendis 17 not out. Monday’s result left Sri Lanka still searching for their first Test win at Lord’s, having now drawn six and lost two of their longest-format clashes at the ‘home of cricket’. LIVE CRICKET SCORECARD: England  vs  Sri Lanka , 3rd Test match at Lord’s

Only 22 balls were possible between lunch and tea after rain washed out Monday’s first session, but that was long enough for Sri Lanka to lose opener Kaushal Silva. Sri Lanka resumed Monday on 32 without loss. Karunaratne was 19 not out and Silva unbeaten on 12. In overcast conditions, staying at the crease against the England new-ball duo of Stuart Broad and James Anderson was going to be a tough task for Sri Lanka’s opening pair, let alone reaching a target that would set a new record for the highest fourth-innings total to win a Test at Lord’s, surpassing the West Indies’ 344 for one against England in 1984.

Monday’s first over saw Silva edge Broad just short of England captain Alastair Cook at first slip. But Anderson, England’s all-time leading Test-wicket taker, struck when Silva, padding up after failing to pick an in-swinger going against the Lord’s slipe, was lbw for 16. Silva reviewed but to no avail, with Sri Lanka 45 for one. No sooner had Silva been dismissed than the umpires took the players off the field after just 18 minutes’ play. But the weather relented for play to resume after tea. New batsman Mendis was fortunate when, trying to evade a Broad bouncer, a top edge sailed over wicket-keeper Jonny Bairstow’s head for four. ALSO READ: Sri Lanka end Day 4 at 32-0, need 330 to win 3rd Test vs England

Even though the floodlights were on, there was now a risk the match might be halted for bad light. England captain Alastair Cook responded by deploying front-line spinner Moeen Ali and the occasional off-breaks of Joe Root. Mendis swept Root’s second ball for six but then the rain returned and the umpires took the players off for the final time. Bairstow’s Test-best 167 not out and 85 from Cook were the major contributions to England’s first innings 416. Sri Lanka could only manage 288 in reply, despite fifties from Karunaratne and Silva. England’s second innings 233 for seven declared saw Alex Hales again fall short of a maiden Test century with 94 — his third fifty of a series where the opener had twice been dismissed in the 80s.

But there was controversy when Hales, then on 58, was bowled by Nuwan Pradeep on Sunday only to be spared by an incorrectly called front-foot no-ball from Australian umpire Rod Tucker. The Sri Lanka flag was draped over the tourists’ dressing-room balcony for some 45 minutes in protest at Tucker’s decision which, under current regulations, could not be overturned. Sri Lanka continue their tour with two one-day internationals against Ireland in Dublin on Thursday and Saturday. They then face England in the first at Nottingham’s Trent Bridge in the first of five one-dayers on June 21. Monday’s draw meant England lead the inaugural Super Series against Sri Lanka by 10 points to two. But with two points on offer for a win in each of the six white-ball fixtures — five ODIs and a lone Twenty20 — Sri Lanka can still win the multi-format Super Series. 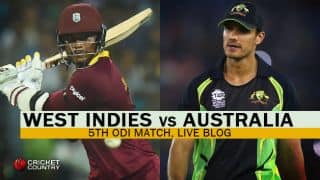 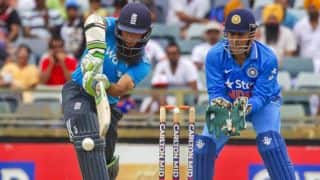