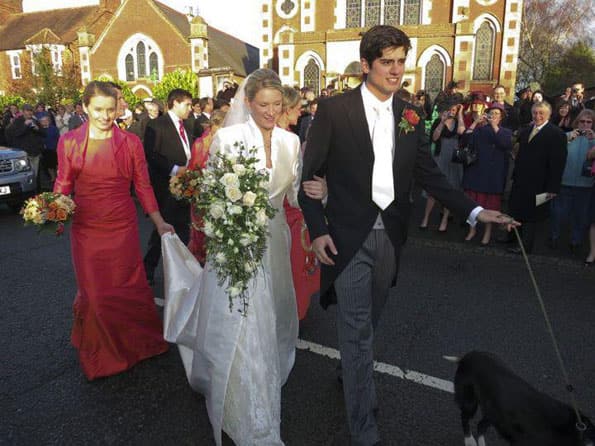 England cricket Alastair Cook (R) with his wife Alice Hunt outside a family farm in Hockliffe, Bedfordshire where his marriage reception was held

The southpaw married his model girlfriend in Stewkley Methodist Church in Hockliffe, Bedfordshire. After the wedding, Cook left the Church with his wife on a tractor.

Cook first met Hunt, a farmer s daughter at St Paul s Choir School, where he was a chorister. Hunt attended a girl s school near the choir school.

Swann, present at the wedding had earlier tweeted, “Cookie s wedding list seems full of house and kitchenware rather than things he actually needs. Like a joke book.”

Minister of the wedding, Jim Gorringe was quoted in Daily Mail as saying, “It went very well. There were 225 invited guests, and quite a few other locals managed to get into the church when they heard about it.”