England's tour of India gets underway from February 5 with a four-match Test series followed by five T20Is and three ODIs. England cricketers led by Joe Root have arrived in Chennai on Wednesday ahead of the first two Test matches against India which are scheduled to be played at the MA Chidambaram Stadium from February 5. According to reports, few members of Indian team have also started arriving with captain Virat Kohli set to reach the city later today.

England were in Sri Lanka where they beat the hosts 2-0 in a two-match Test series and flew to India today at 10:30 AM before heading to Hotel Leela Palace where they have been put up alongside India squad as part of the bio-secure bubble, news agency PTI quoted a Tamil Nadu Cricket Association official as saying.

England’s Ben Stokes and Jofra Archer, who weren’t part of the Sri Lanka tour, arrived in the city on Sunday and are currently undergoing mandatory quarantine.

Test vice-captain Ajinkya Rahane and Rohit Sharma reached Chennai on Tuesday while the likes of Cheteshwar Pujara, Jasprit Bumrah and Rishabh Pant arrived on Wednesday, as did head coach Ravi Shastri who flew in from Mumbai.

The players will undergo testing for coronavirus, a TNCA official said. “They will be in quarantine for six days and are set to start practising from February 2,” the official was quoted as saying.

Chennai is hosting a Test for the first time since December 2016. The first Test starts from February 5 while the second will get underway from February 13. The action then shifts to Ahmedabad’s Sardar Patel Stadium where the remaining two matches will be played. 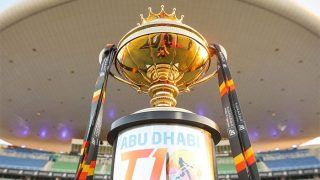 Abu Dhabi T10 League 2021 Live Streaming Details: When And Where to Watch Online And on TV 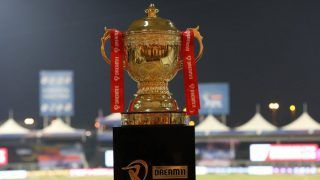